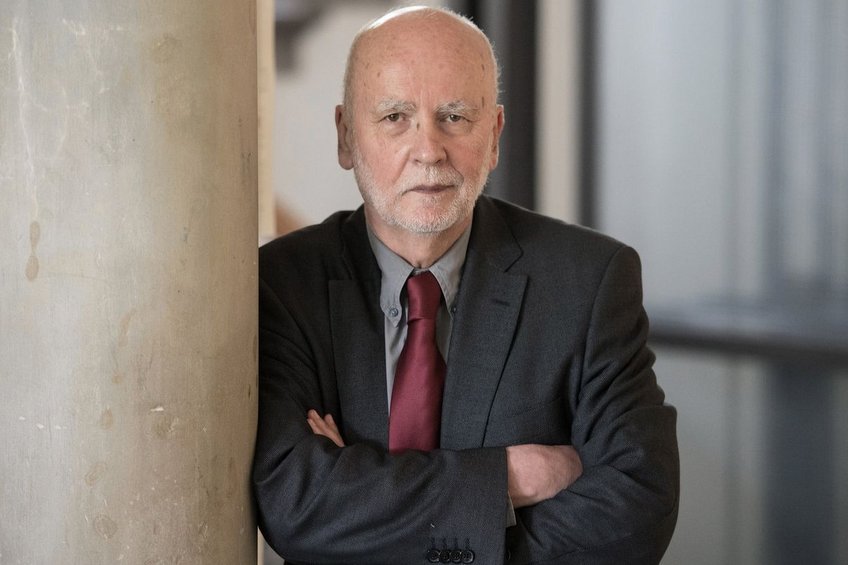 The great poet Adam Zagajewski has died in Poland at age 75.

Zagajewski was a dear personal friend of and often a collaborator with DACAMERA Artistic Director Sarah Rothenberg.

At the time of this death, Adam Zagajewski was Poland’s most famous poet, winner of the Kurt Tucholsky Prize, a Prix de la Liberté, and a Guggenheim Fellowship. Born in a Polish city that became part of the Soviet Union, Zagajewski left his native country 1982 for Europe and the United States, where he was a visiting professor in the University of Houston’s Creative Writing program. In 2002, he returned home to Krakow. Adam Zagajewski returned to Houston most recently in 2018 to read from works recent and past in a collaborative program of music and poetry with Sarah Rothenberg. Zagajewski’s books include Eternal Enemies: Poems; Slight Exaggeration: An Essay and Two Cities: On Exile, History and the Imagination.

“I look at a photograph of the city where I was born,
at its lush gardens and winding streets, at the hills,
the Catholic roofs, the domes of Orthodox churches,
where on Sunday the basses sing so mightily
that neighboring trees sway as in a hurricane;
I gaze at the photograph, I can’t tear my eyes away,
and suddenly I imagine that they’re all still alive
as if nothing had happened, they still scurry to lectures,
wait for trains, take sky-blue trams,
check calendars with alarm, step on scales,
listen to Verdi’s arias and their favorite operetta…”
from I Look at a Photograph

“Music reminds us what love is.  If you’ve forgotten what love is, go listen to music.”
from Slight Exaggeration