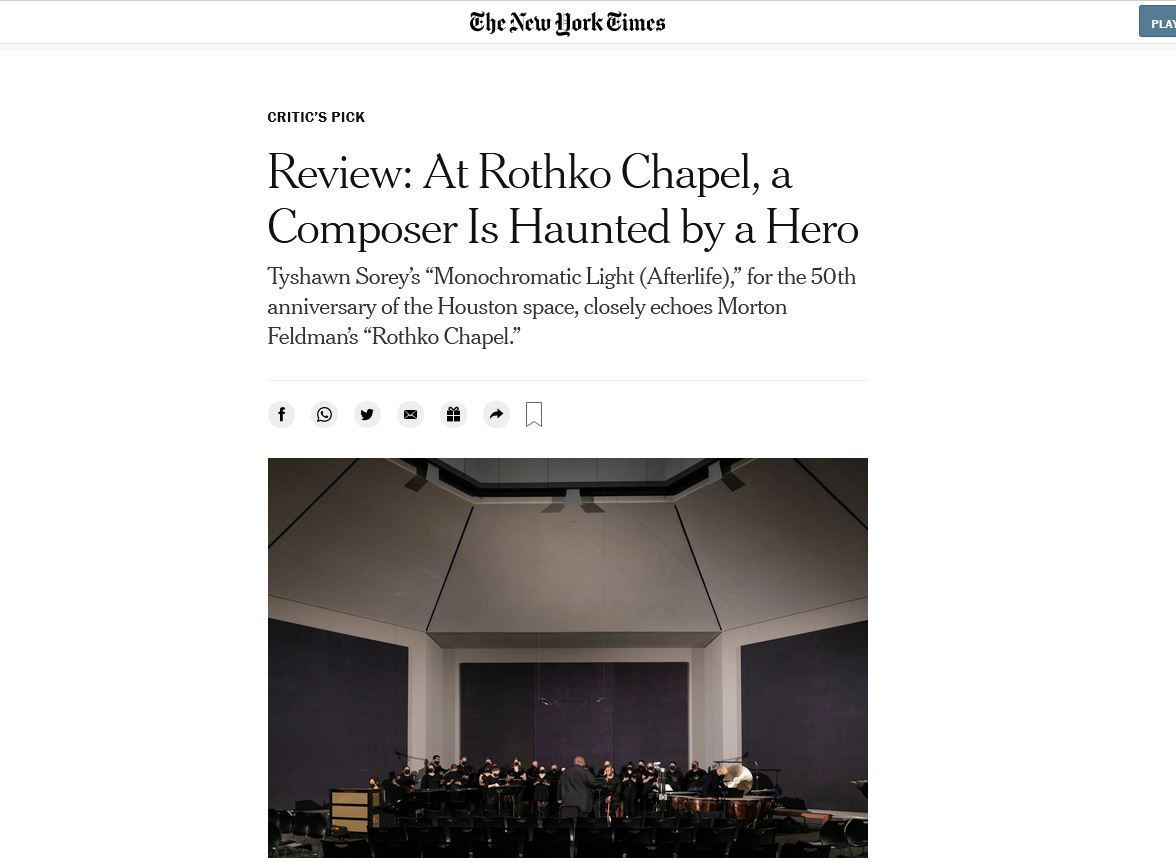 Zachary Woolfe of The New York Times has posted his review of this weekend’s performances of Tyshawn Sorey’s “Monochromatic Light (Afterlife).” Read the review here.

“Sorey, who has called [composer Morton] Feldman his hero, has responded to the chapel and its paintings — as well as to one of late-20th-century music’s classic works — bravely, with a small group of instruments virtually identical to those of “Rothko Chapel.”

“And Feldman’s sense of ritual — you always get the feeling that his ensemble is standing side by side, facing you and announcing the piece — is subtly different than Sorey’s, who implies more of a conversation, a circle. Sorey has shifted Feldman’s vocal soloist, a high female voice, to a low male one, and what was an evocation of the angelic has become something more medieval — a monk chanting in his cloister — and also more human.”

“For Sorey to interpolate his own invocation, his own heritage, history and memory, is a gesture of both respect and daring. Rarely does a composer present a new work haunted so openly and pervasively by a predecessor’s. But “Monochromatic Light” feels less like a nostalgia trip than a broadening of Feldman’s path deep into the pain and community of our time and the distant but resonant past.”