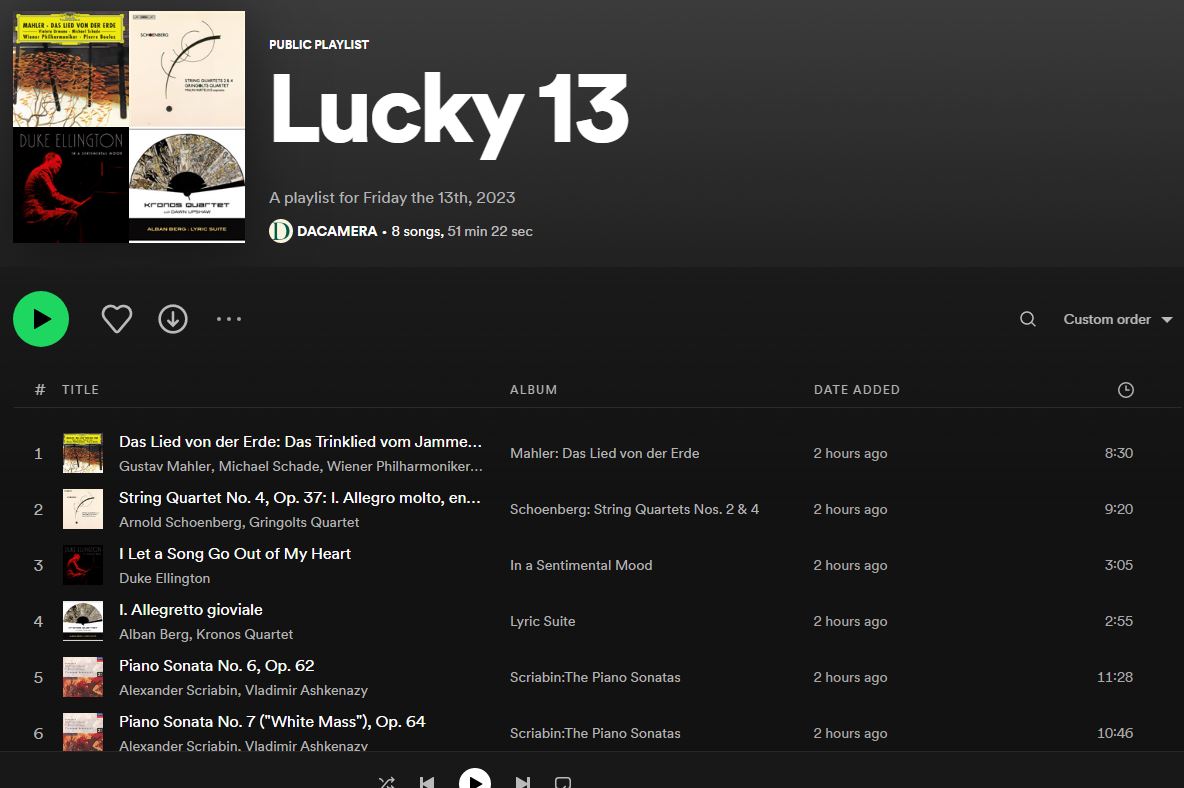 Petrified by the “Curse of the Ninth,” Mahler dubbed his ninth symphony Das Lied von der Erde. He thought he’d cheated death, but he met his demise shortly after completing his subsequent composition, his Symphony No. 9 – which was actually his tenth.

Schoenberg suffered from triskaidekaphobia, or fear of the number 13. The number 12, by contrast, was just lovely to him. He composed largely in a style known as twelve-tone.

I Let a Song Go Out of My Heart (Duke Ellington)

Ellington had an interesting relationship to the number 13. He’d performed a triumphant concert in Chicago one Friday the 13th and came to see the day in retrospect as lucky. In 1938, Ellington added this thirteenth song, a number one hit, onto the revue Cotton Club Parade.

Berg’s adulterous 1925 romance with Hanna Fuchs-Robettin (née Werfel) led him to compose this string quartet, which contains myriad musical motifs based on the spellings of the names of the composer and his lover.

Alexander Scriabin had something of an obsession with the occult. His Piano Sonata No. 6 ventures into the darkness – Scriabin himself was frightened to perform it in public – while its companion piece, Sonata No. 7, is “White Mass,” brimming with light to contrast the terrors of the former.

In summer 1791, Mozart was visited by a messenger with an anonymous request: compose a Requiem Mass. Mozart, who had fallen ill, became delirious in his obsession over the work, terrified of the mysterious circumstances around the commission. He died that December, the Requiem unfinished.

Listen to the Playlist.