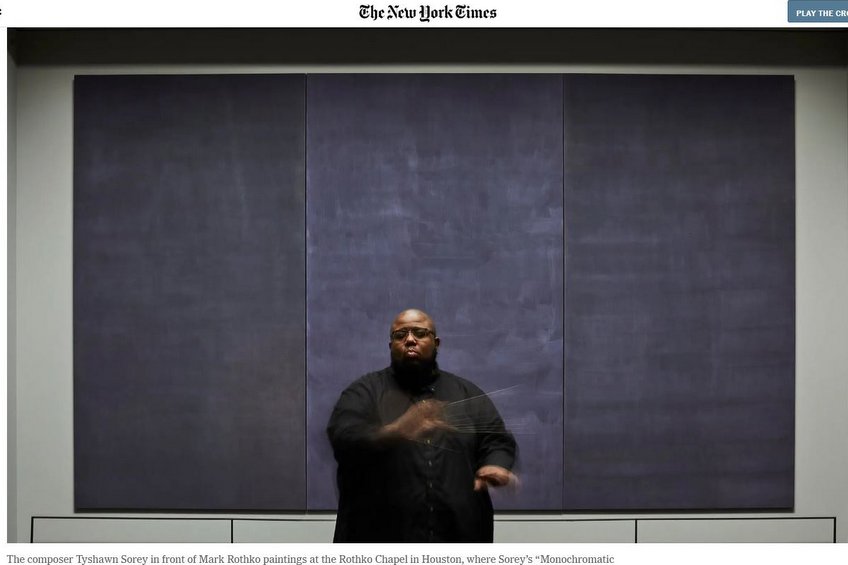 The world premiere performances of Tyshawn Sorey’s “Monochromatic Light (Afterlife),” commissioned by DACAMERA and Rothko Chapel to celebrate the 50th anniversary of the Chapel, were previewed in The New York Times and The Washington Post.

The Times declared “50 Years Later, Rothko Chapel Meets a New Musical Match.” In his preview, Joshua Barone writes “While Sorey emphasized that Feldman is just one of the influences on “Monochromatic Light (Afterlife),” the idea of a secular service is what he aims for; it’s why he prefers to call his performances rituals. And it permeates this work, beginning with the first measure: Lasting indefinitely, it is a dissolution of time in which tubular bells resonate at near silence, with pitches of two chords struck at random as the other performers enter the space.” Read the preview here.

Look for additional national coverage of the premiere on National Public Radio, expected to air on Thursday, February 24 on All Things Considered.